Istanbul’s Egyptian Spice Bazaar is my favorite place to explore. Visiting a market or bazaar is one of the best ways to get to know a new city. I recently became a part-time citizen of Istanbul, Turkey and wanted to learn more about this great city. I soon learned it has some of the best markets in the world. The Egyptian Spice Bazaar is one of the largest and oldest in the city having been built in the 1660’s. It’s called Egyptian because the spices, and most products used to come from Egypt. I love the vibrancy of this market. It’s crowded and colorful and the soundtrack of many different languages being spoken at once is oddly soothing. The aroma of spices, coffee, tea and Turkish sweets is intoxicating. In addition to gastronomic culinary Turkish delights, there’s also a vast selection of other products including ceramics, towels, jewelry, scarves and light fixtures to name a few. It’s unlike anywhere else in the world and sure to  be a highlight of any visit to Istanbul. Every time I return to Istanbul’s Egyptian Spice Bazaar I discover a new vendor or food I hadn’t seen the time before. I love speaking to not only the vendors, some of whom have been at the Bazaar for generations, but also the people who are visiting from all over the world. Here’s a glimpse of my recent visit to Istanbul’s Egyptian Spice Bazaar. For a list of the 10 best markets of Istanbul, click here.

Written By
Mary Engel
More from Mary Engel
There are many reasons to fall in love with Sicily. The friendly...
Read More

Are you on The List? Join us to get all the latest updates on our Kitchen Design Network 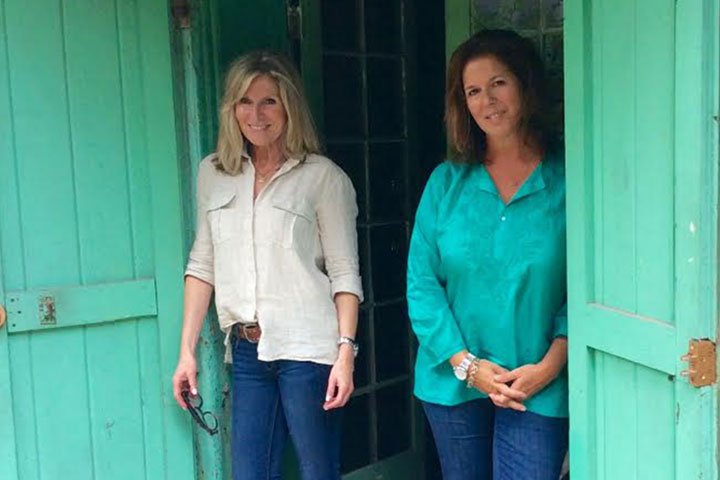 Trends come and go but there are color palettes that always make you feel at home. by mowlemandco 📷 by jakefitzjonesphotography found sundaytimeshome
.
.
.
#Kitchens #design #interiors #interiordesign… https://t.co/BnQkd905wv
View on Twitter
0
1

Are you designing a new #dreamkitchen ? You’ll be needing one of these.
Today on the blog: Find out what my favorite appliance piece was from the @Sksappliance… https://t.co/2IAwb4f4Te
View on Twitter
0
1

When planning to use #cement #tile in a project it’s best to layout design and work your cabinet sizes to meet that so you have no cites or ½ tiles.
Also some of the cement tile designs… https://t.co/EKmptJMGEJ
View on Twitter
0
1

We had the pleasure of visiting Paris in January. It was a on a snowy, grey and bitter day but your brilliance and beauty took our breath away. The purple glow is seered into our memory.… https://t.co/dJMogvG5s8
View on Twitter
0
1

Perfect timing to share our #kitchendesign from our Napa Valley Showhouse completed a few years ago for @traditionalhome It was an amazing experience. Speaking of which, we’re to share… https://t.co/1rW1lkyUwX
View on Twitter
0
0

5 reasons to add a vintage rug to your kitchens.
They add personality, color and texture. They’re easy to care for and affordable. Don’t be afraid of spills or everyday kitchen #schmatza.… https://t.co/4FEUabnKJd
View on Twitter
0
0

Kitchen Design Network
We’re all spending more time in the kitchen these days and we think super comfortable seating is a kitchen necessity. Loving these leather stools. They add a sophistication to this #whitekitchen designed by fellow CT. designer and friend Beth Krupa of @bethkrupainteriors
Beth’s work made our list of designers whose kitchens will be featured on our designer directory being curated now.
You’ll learn more about how this former fashion executive moved seamlessly into the interior design world during our up close and personal chats .... it’s all part of connecting designers to local homeowners.
#upcloseandpersonal #KitchenQandA

Kitchen Design Network
In the cold days of winter we crave the warmth of the south. Love this “aqua” inspired kitchen. Check out the metal framed and milky white glass panel design on the builtin refrigerators. You really need to look closely at all the beautiful details in this kitchen design by @Lisakahndesigns in Naples, FL.

Kitchen Design Network
Congrats to the girls @redesignhomellc on this kitchen. We love the simplicity of this #kitchen. It’s not trying to be anything else but exactly what you see. We love the black #english style island, the V-groove paneled and painted range hood enclosure and take a close look at the hardware. Instagram is so amazing for finding the best kitchen designs and designers around the country to add to our Designer Directory. Our directory will connect homeowners around the country with the best designers in their own local area. If not for Instagram we would never discover all these designers.